With Manchester United switching from Nike to Adidas this summer, a series of pictures have been doing the rounds online alluding to what their new shirts may look like.

But as it is the biggest, most lucrative kit deal in the history of the game, the new designs have been kept well guarded, with only speculative mock ups being created.

The folks over at Footy Headlines, who have time and again proved they are capable of finding out kit news earlier than usual, have unearthed a picture that could well prove to be next season’s goalkeeper jersey.

Opting for a bold yellow, it is unsure as to whether this would be the home or away shirt, but either way it would likely prove effective in distracting opposition strikers.

Will David de Gea be sporting it next term? And will they be wearing it in the Champions League? These are the more important questions. 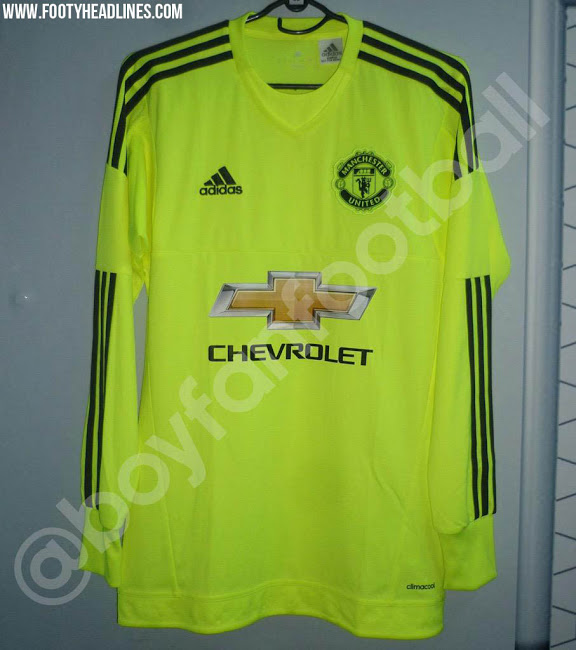