Chelsea star Nemanja Matic has been caught following in the footsteps of captain John Terry by celebrating their Capital One Cup win in full kit despite not playing.

The Serbian was suspended for the match after the controversial incident that involved him and Burnley’s Ashley Barnes last weekend.

Terry was widely mocked for doing exactly the same thing after Chelsea won the Champions League in 2012. 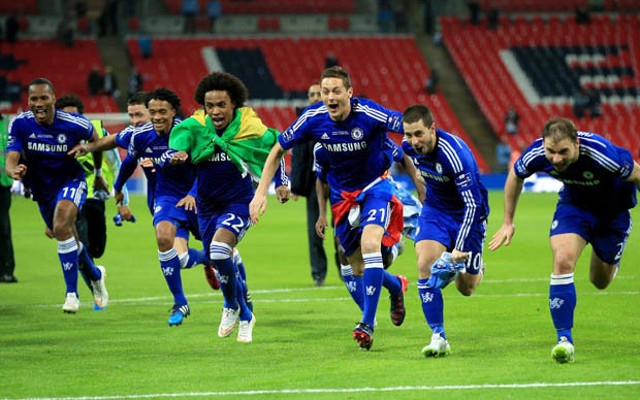