Chelsea stars Cesc Fabregas, Eden Hazard, and Cesar Azpilicueta all held the Capital One Cup trophy aloft in the dressing room following their Wembley victory over Tottenham on Sunday.

The Blues won the final 2-0 thanks to a John Terry strike and a Kyle Walker own goal. Fabregas, Hazard and Azpilicueta were certainly happy in the aftermath!

Fabregas posted this to social media with the caption “CHAMPIONS!!!!!” 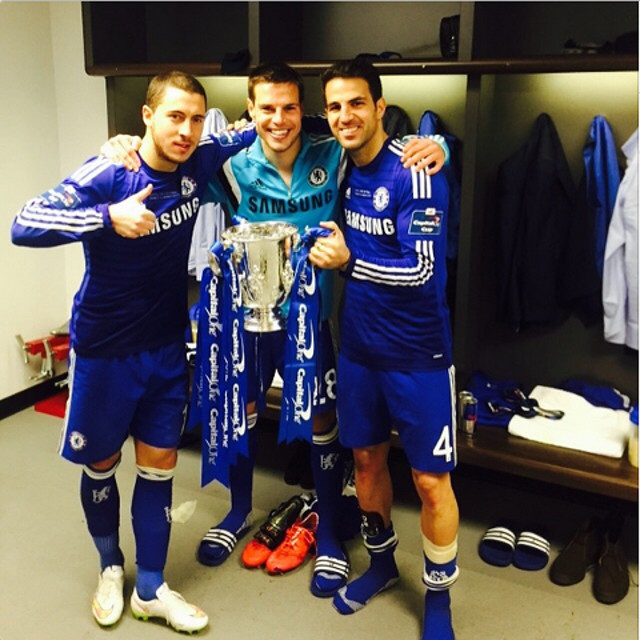