Ashley Cole was looking somewhat rejected in his latest photo with his new Roma teammates, standing awkwardly off to the side while others had their arms around each other.

The former England international joined the Italian side from Chelsea this summer, with the former Arsenal full-back having been released after eight seasons at Stamford Bridge. 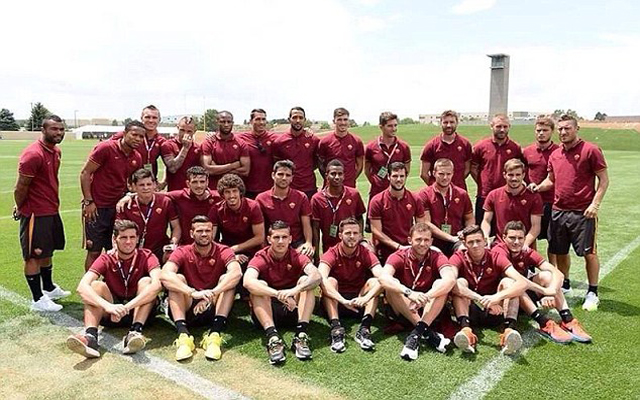