Chelsea interim boss Rafa Benitez is known for his over-complex pre-match tactical reports and instructions but the under-pressure Spaniard might finally have got something spot on at Stamford Bridge.

Check in to Manchester City vs Chelsea

A dossier, leaked by the Daily Mail and compiled by Chelsea scouts ahead of Saturday’s home game with Wigan, was given to each member of the first-team squad and coaching staff and details with astonishing accuracy the Latics’ strengths and weaknesses.

The document reveals that the Blues scouts consider Roberto Martinez’s side “very poor defensively” – an astute observation given Chelsea ran out 4-1 winners.

Chelsea identified Arouna Kone as Wigan’s “danger man” and also warned their struggling stars to keep an eye on James McCarthy, who is described as a “two footed player who gives his teammates an option”. 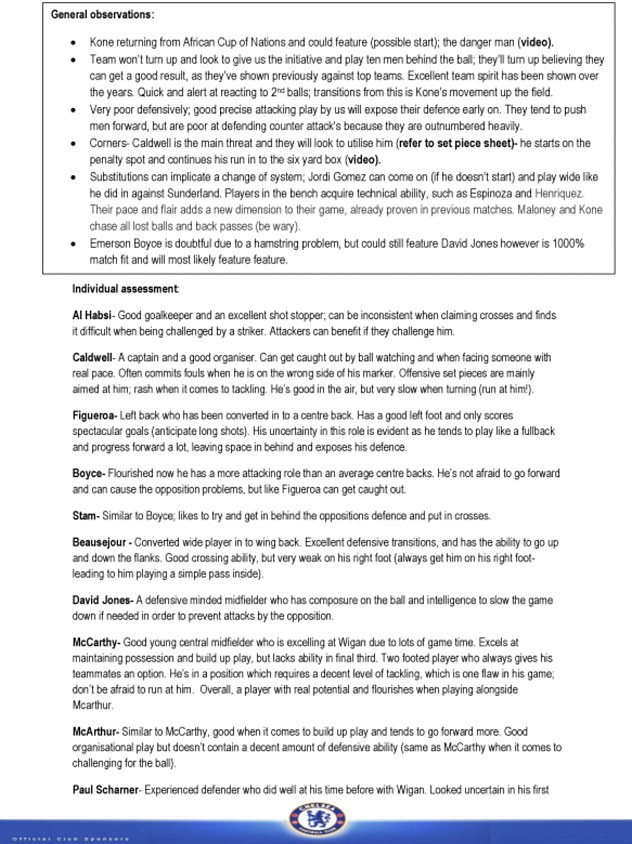