Drogba and Lukaku met up during Belgium v Ivory Coast.

During the international friendly between Belgium and Ivory Coast on Wednesday night there was an opportunity for Chelsea’s stars of past and present to meet up.

The Belgian is currently on-loan at Everton and is hoping to break into the Blues first team next season after an impressive term on Merseyside. 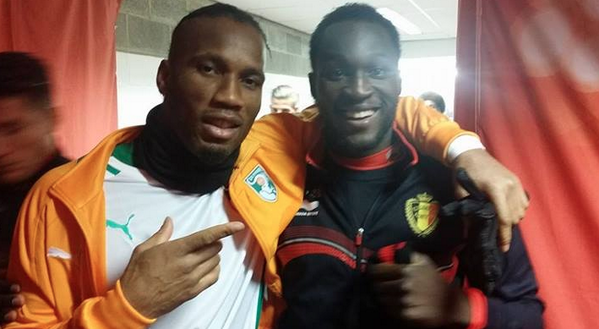