Mayweather ends the wait and confirms fight is on…

Floyd Mayweather has officially announced his fight against Manny Pacquiao on May 2 at the MGM Grand in Las Vegas and has shared an image of the signed contract to prove it.

Mayweather took to ‘Shots’ to post the image after hinting to fans earlier on Friday that he was set to make a huge announcement.

It comes after weeks of claims from Pacquiao’s camp that they had already signed the contract and were merely waiting for his rival to do so the same in order to make the bout official.

The unbeaten American has maintained throughout the process that there was no contract to sign, and the general consensus has always been that the fight would not be official until he made the announcement.

Fans now have both that announcement and legitimate proof of the contract courtesy of Mayweather, and now the countdown begins to what will be the biggest fight in boxing history… 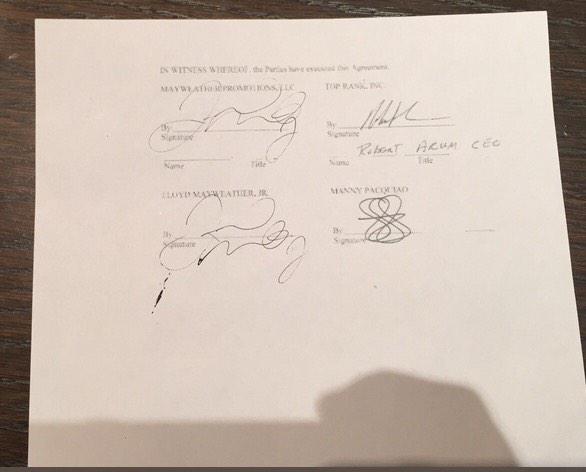