Arsenal fans were given a fright on Thursday afternoon after a photo emerged of striker Joel Campbell holing a customised Santos jersey with his name on the back.

The Costa Rican has been a revelation for the Central American side at this year’s World Cup, and though many would like to see him return to the Gunners and have a fair crack of the whip at the Premier League, there is still doubt surrounding his future as a number of clubs in mainland Europe continue to show an interest in his signature.

The Costa Rica international has helped his side to unexpectedly reach the World Cup quarter-finals where they face Holland on Saturday.

However, there is probably very little for Arsenal fans to worry about as even Lionel Messi has posed with a Corinthians shirt recently and the act is more of a hospitable venture from the Brazilian public. 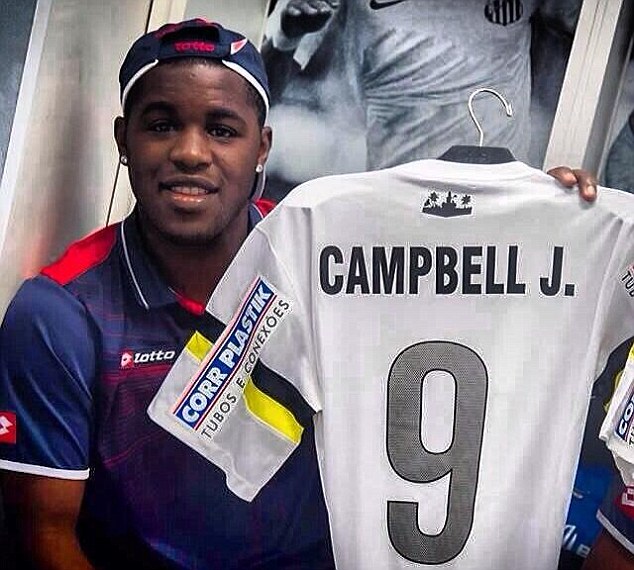