Is Arsenal star Mathieu Flamini colouring in his own boots using felt tip pen? Check out the image of the Emirates Stadium midfielder and decide for yourself!

Earlier in the season, Mathieu Flamini was involved in sleeve-gate – where he was chastised by Arsene Wenger for shortening the arms of his long-sleeve jersey with a pair of scissors.

Now it seems that the 29 year-old Frenchman is further endearing himself to the make do and mend generation by customising his outfit in another way.

We think that Flamini is colouring in the white Nike ‘swoosh’ on his boots with black felt tip pen.

Check out the image below and tell us what you think! 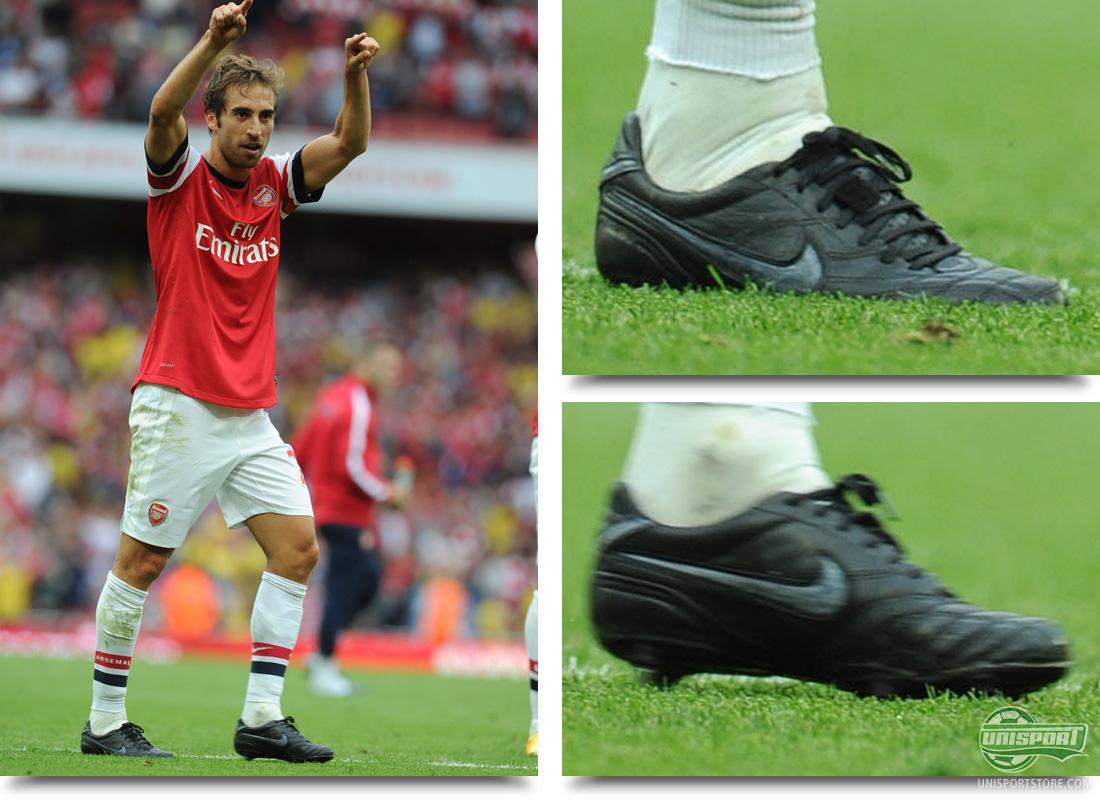