Earlier this summer, we saw club captain Thomas Vermaelen dressed as a Samurai (see below), while this image tweeted by the club on Thursday appears to show German internationals Lukas Podolski and Per Mertesacker dressed in some kind of traditional Japanese outfits.

The Gunners are, of course, currently on a pre-season tour of Japan so this isn’t quite as random as it might seem.

We had some special guests at the fan party – Per and @Podolski10 as you’ve never seen them before! pic.twitter.com/s2Tx5Q5O1I 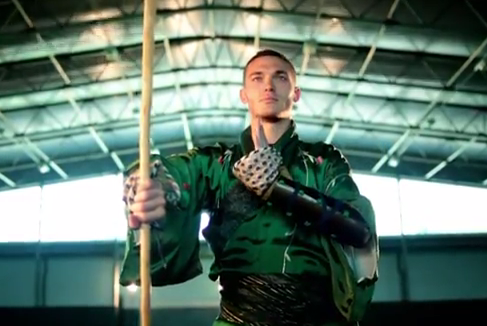