The Premier League’s most error prone referee, Jon Moss, has been given the responsibility of taking charge of the FA Cup final between Aston Villa and Arsenal on May 30, The Sun reports.

The 44-year-old has been exposed by The Sun as the most error laden official in the Premier League, clocking up an astonishing 10 mistakes since the turn of the year.

Both Arsenal and Villa fans have been left fretting about his inclusion in the showpiece finale, as he has previous indiscretions with the clubs in question.

The decision has even been derided by former top referee Mark Halsey, who claims that Mark Clattenburg should have been handed the honours.

Halsey also had some choice words for FA chief Greg Dyke, claiming that he has become a laughing stock for appointing such a bad referee to take charge of such an important and prestigious event.

“Jon Moss at Wembley? I can’t be having that,” Halsy told Kicca.

“He’s made too many high-profile mistakes this season already.

“Even last weekend he missed two blatant penalties, one for Palace and one for West Brom. I reckon we’ll be a laughing stock around the world.

“Greg Dyke has got to take a look at the appointment process for the FA Cup referee because, frankly, it’s become a joke.

“I don’t blame Jon Moss but is he the best man for the job? Absolutely not. It is clear Mark Clattenburg should be in charge.” 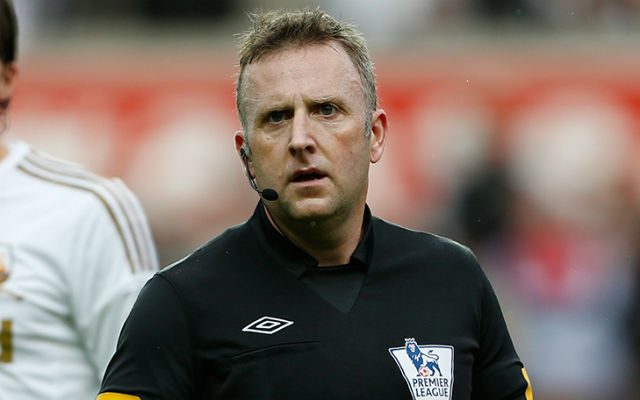