Former star’s shine begins to fade as hunt for a new club begins once again.

Harry Kewell’s hopes of featuring in the Socceroos’ squad for next month’s World Cup qualifiers have been dealt a huge blow with the veteran striker released by Qatari club Al Gharafa.

Kewell was hoping to re-ignite his stalled club career after joining the Qatari club in early April as cover for their other Australian signing, Mark Bresciano, who injured his knee in the 2-2 draw with Oman in Sydney in March.

But with Bresciano now returning to full fitness, Kewell – who was only on a six-week contract – was not offered a new deal.

Kewell spent almost a year without a club after leaving the Victory at the end of the 2011/2012 campaign following a season-long stint.

He is now said to be back in England while he considers his next move with a return to the A-League appearing the most likely option for the 34-year-old. \
Socceroo coach Holger Osieck has openly stressed the importance of his charges playing regular first-team football.

With Osieck due to name his squad next week for June’s World Cup qualifiers against Japan, Jordan and Iraq, the timing couldn’t be worse for Kewell who is unlikely to break back into the national fold. 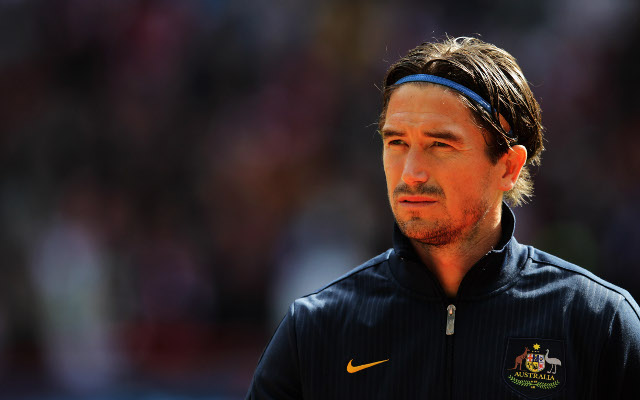 Harry Kewell thrown a career lifeline by the Melbourne Heart

Harry Kewell could be the man for the Newcastle Jets