PSV Eindhoven attacking midfielder Georginio Wijnaldum has dropped a big hint to suggest that he is heading to the Premier League this summer.

The 24-year-old, who has been capped 18 times by the Netherlands at senior international, has over three years left to run on his contract with the Rotterdam club.

However, he has been persistently linked with a move to England, with Manchester United, Arsenal and Newcastle United said to be among his admirers.

Earlier this week, Sky Sports wrote an article about Wijnaldum, claiming that he was keen to leave PSV and describing him as a Manchester United, Arsenal and Newcastle target.

Wijnaldum has been in fine form this season, scoring 12 goals and providing three assists in 29 Eredivisie appearances. 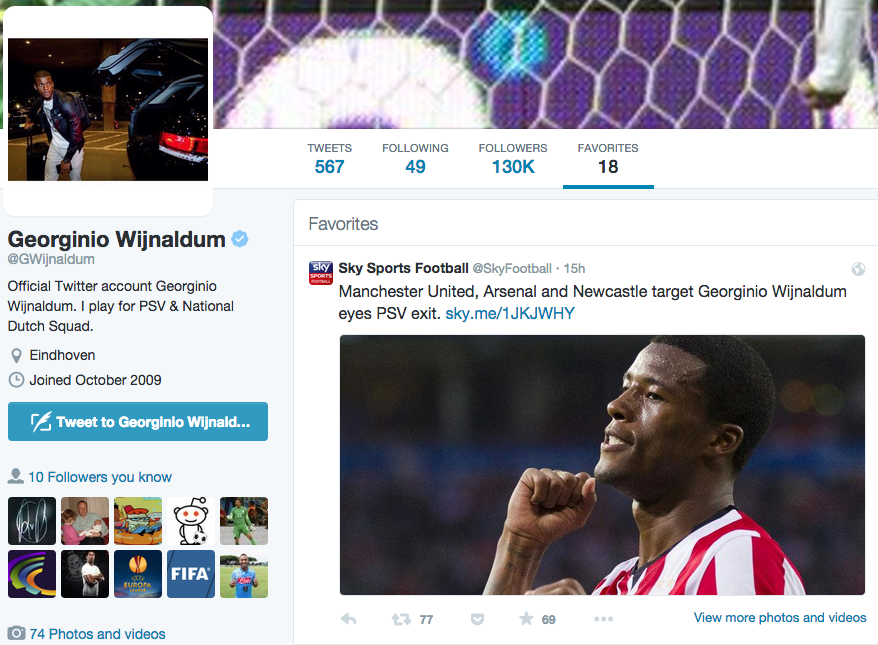