Today’s roundup of the best Arsenal news and transfer gossip… 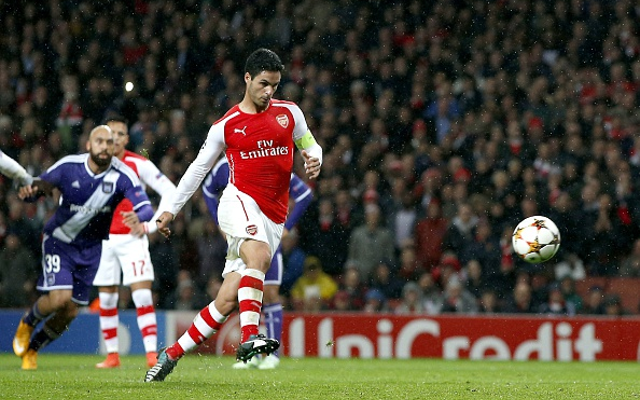 Arsene Wenger has confirmed Mikel Arteta and Alex Oxlade-Chamberlain will not be fit for Saturday’s FA Cup semi-final with Reading.

The duo have been long-term absentees from the Arsenal squad with Arteta not having played since November.

The Arsenal boss also revealed that Jack Wilshere is finally back to full fitness after damaging his ankle ligaments toward the end of 2014, according to the London Evening Standard’s James Olley.

TEAM NEWS: Only @m8arteta and Oxlade-Chamberlain unavailable. @Arsenal have a “big squad” to choose from #RFCvAFC pic.twitter.com/IEJVXuLMYr

Wenger: “I play my tenth semi-final on Saturday so that means we know how to prepare.” Also says Wilshere fit to play on Saturday. — James Olley (@JamesOlley) April 16, 2015