Georginio Wijnaldum became just the second Newcastle United player to score four goals in a Premier League game as they thrashed Norwich City 6-2 for an overdue first win of the season.

The Dutchman netted twice in a five-goal first half and completed his hat-trick after the break, before rounding off the scoring with this long-range thunderbolt four minutes from time at St James’ Park.

A first league win under Steve McClaren lifts the Magpies off the bottom of the table and eases the pressure on the former England manager despite his side remaining in the relegation zone.

United owe their much-needed victory largely to Wijnaldum, who opened the scoring on 14 minutes when he finished confidently into the bottom corner after good work from Moussa Sissoko.

Sissoko was again the provider for the Netherlands international to restore Newcastle’s lead with a glancing header on 26 minutes, after Dieumerci Mbokani had equalised from Martin Olsson’s delivery.

The hosts, who had only scored six goals in eight league games prior to today, went 3-1 up through Ayoze Perez on 33 minutes, only to conceded 90 seconds later to Nathan Redmond’s back-post header.

Half-an-hour of goalless calm subsided when a third assist from Sissoko set Aleksandar Mitrovic up to thrash Newcastle back into a two-goal cushion with a powerful left-footed shot from inside the box.

And the goal glut continued when Wijnaldum ended Newcastle’s four-year wait for a hat-trick scorer in the Premier League by converting Daryl Janmaat’s cross for a fourth headed goal of the season.

The 24-year-old, a £14.5m summer buy – fee according to BBC Sport – who is so far proving to be worth every penny, took his tally for the campaign to six with the pick of the goals as the whistle approached – a dipping 25-yard strike which saw him join Alan Shearer in Newcastle’s four-goals-in-a-game club.

Norwich’s heavy defeat leaves them 16th in the table and with the worst defence in the division – having conceded 20 goals in nine matches. West Bromwich Albion are next up for the Canaries. 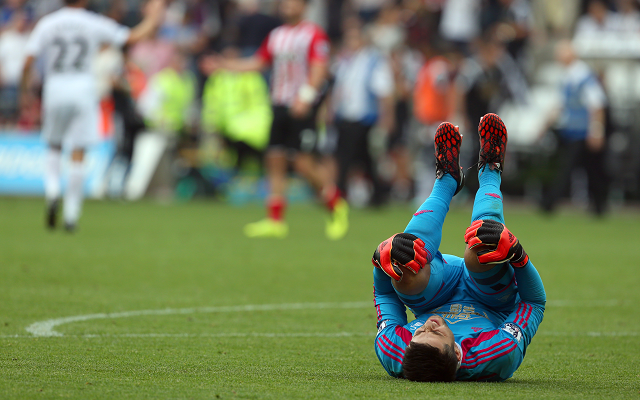