One of the fastest rising midfield stars in France, Geoffrey Kondogbia will be taking his talents to Italy. Did the Gunners mess up royally on this miss?

Monaco prized midfielder Geoffrey Kondogbia has passed on the Premier League and has signed with Serie A’s Inter Milan on a £25 million deal.

According to the Independent, the 22-year-old French midfielder – who had been linked to both Arsenal and Manchester City – has agreed to the deal that would pay him around £2.8m per year subject to a successful physical with Inter Milan.

Kondogbia made 35 appearances for Monaco in two seasons with the Ligue 1 club after joining out of Seville in 2013. The French star was a key player in Monaco’s Champions League quarter-finals run last season.

The move could prove to be a further blow to Arsenal since Monaco will reportedly now turn their attention to Sporting Lisbon’s Williams Carvalho as a replacement – Carvalho was reportedly a £28.5m bidding target for the Gunners. With a £37 million release clause in his contract, Wenger would have to move a lot faster and potentially offer more money than Monaco to secure his services.

The Independent posted this photo of Kondogbia putting pen-to-paper:

Five transfers that could go through this week: Chelsea, Arsenal & Tottenham ready to do business 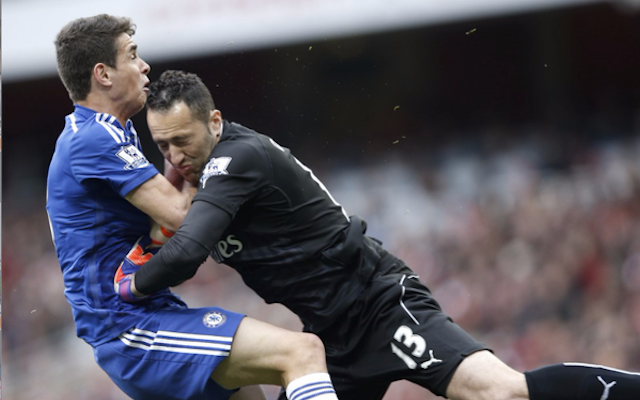