Frenchman wants to stay with German team for the long haul as they look to build on Bundesliga success.

France winger Franck Ribery has said he is eager to extend his Bayern Munich contract past 2015 having already spent nearly six years at the Champions League finalists.

The 30-year-old joined Bayern in July 2007 from Marseille and has scored 51 goals, with 74 assists, in his 154 league games for the Bavarians to become a fans favourite at the Allianz Arena and was a key factor in Bayern winning their 23rd German league title.

He told German magazine Kicker he would be happy to extend his stay in Munich.

“I’d be glad to! I am very happy here. If it is possible to sign a new contract, why not?” He said as he prepares for his second Champions League final with Bayern on May 25 at Wembley.

Ribery has been in superb form this season on the left wing, scoring eight goals in the Bundesliga, he was outstanding in Bayern’s 3-0 win at Barcelona in the Champions League semi-final, second leg.

It was his pass across goal which Barcelona’s Gerard Pique turned into his own net for Bayern’s second goal and he supplied the lofted cross for Thomas Mueller to head home the third to seal Bayern’s 7-0 semi-final win on aggregate.

Last week, Bayern’s director of sport Matthias Sammer said he wants to tie up Ribery with a longer deal with the new contract expected to be signed soon. 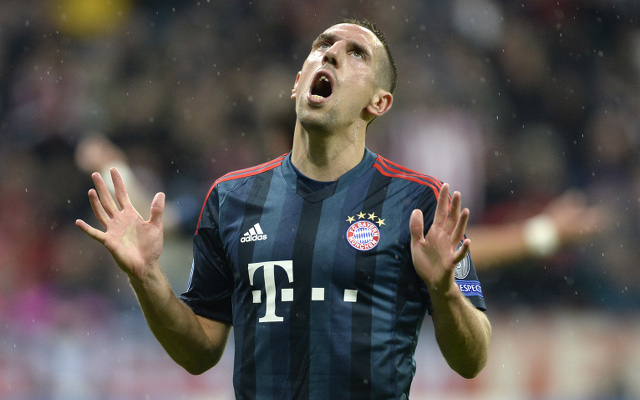