Tributes flow in for one of the greatest boxers of all time.

Former boxing champion Ken Norton, considered one of the greatest heavyweights of his era, died Wednesday of a heart attack, his manager said, he was 70.

The fighter was best known for beating Muhammad Ali in 1973, breaking the Hall of Famer’s jaw in the process.

“His wife called me and said Ken had passed away,” Tenore said.

“I saw him a few days ago. His mind was always clear but his speech was impeded since the car accident in Los Angeles.”

Norton, who suffered a stroke last year, ended his brilliant career with a record of 42 wins, seven losses, one draw and 33 knockouts.

“They called us handsome. Muhammad they called pretty. But the fairest of them all Ken Norton,” Foreman wrote on his Twitter page Wednesday. “What a loss to all of us.”

Other tributes also quickly poured in for Norton, who was once given the title of the “Father of the Year” by the Los Angeles Times in 1977.

“My heart has been heavy since hearing the news earlier today,” boxer Larry Holmes wrote on Twitter. “He was a good man. #RIP #KenNorton.”

Norton was born in Jacksonville, Illinois, and was an award-winning athlete in American football and track and field at Jacksonville High School. His prowess on the gridiron earned him a scholarship to Northeast Missouri State University.

He started boxing during his four year-stint in the United States Marine Corps, which he joined in 1963.

In March 1973, Norton shocked the boxing world by winning a split decision over Ali at the San Diego Sports Arena.

He would go on to fight Ali twice more, losing both times. He lost a split decision to Ali later in 1973 and by a unanimous decision in 1976 at Yankee Stadium.

In 1974, Norton fought and lost to Foreman in Venezuela for the World Boxing Council and World Boxing Association heavyweight titles. The fight was stopped in the second round after Foreman knocked him down three times.

Norton, who was nicknamed “The Black Hercules”, also fought Holmes, losing his title late in his career to the up-and-coming heavyweight in 1978. It was the first defense of the WBC title for Norton, who fought in the era where championship fights lasted 15 rounds.

“Today a great man passed away,” Tyson wrote on Twitter. “A legend in the boxing world and a good man.

“Ken Norton was always nice to me even when I was just an amateur fighter. He always treated me like I was somebody. Remarkable man. Condolences to Ken Norton’s family on this very sad day.”

Norton had what some called an unconventional style. He would lean forward backing his opponent up while holding both arms up high and across his face like he was looking through the bars of a gridiron helmet.

That style helped him win scores of fights and after he retired he starred in movies, appearing in about 20 Hollywood films.

The character of Apollo Creed in “Rocky” was originally going to be played by Norton, but when he back out of the role, Carl Weathers took the job.

Norton was involved in a serious car accident in 1986 on Mulholland Drive in Los Angeles. He recovered, and three years later he was inducted to the World Boxing Hall of Fame.

Reflecting a strong athletic pedigree, one of Norton’s sons, Ken Jr., played in the National Football League for the Dallas Cowboys and San Francisco 49ers. 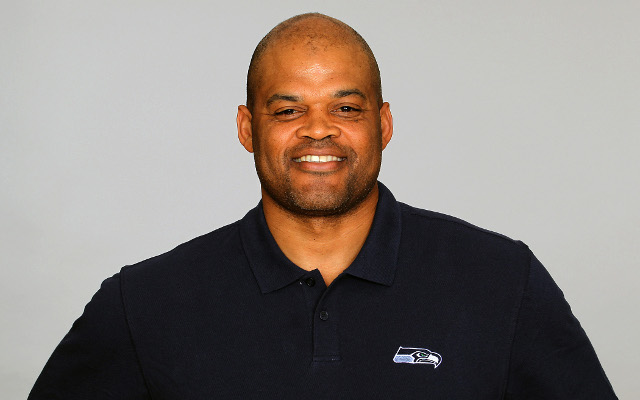