Former Chelsea striker Franco Di Santo was firing on all cylinders on Thursday night as his hat trick helped Schalke to a 4-0 win over Asteras Tripolis.

Di Santo’s three goals all came in the first half of the match and arrived within 18 minutes of one another as he put his side in a commanding position.

The 26-year-old secured a move to Schalke after impressing with Werder Bremen most recently, but his improvements and progress in the Bundesliga come after a difficult time in England.

The former Wigan striker scored just 13 goals in 92 appearances for the Latics, while prior to that he spent an unhappy two-year spell at Stamford Bridge where he was unable to have a positive impact in the first team.

Having now settled in Germany and seemingly taken to the Bundesliga in a way in which he struggled to adapt to the Premier League, he will hope to build on his mid-week goalscoring exploits and nail down a permanent spot in the starting line-up in Andre Breitenreiter’s side. 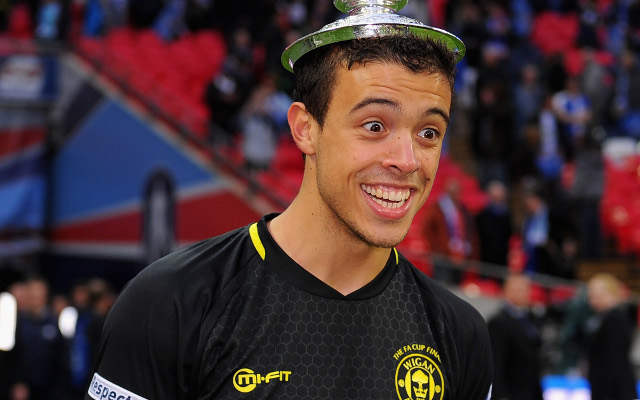