Former Chelsea forward Franco Di Santo is on his way to Schalke 04 after the Gelsenkirchen outfit activated the release clause in his Werder Bremen contract.

According to ITV Sport, that release clause was worth around €6m.

A club statement from the selling club read: “Franco Di Santo is leaving Werder Bremen with immediate effect. The Argentinian is taking advantage of a release clause in his contract and is no longer part of our squad.

“Our game against Sevilla on Saturday afternoon will therefore take place without the forward.”

The 26-year-old had been with Bremen since 2013 when he arrived on a free transfer from Wigan Athletic.

Di Santo joined for £2m from Wigan in 2010, two years after signing for Chelsea for £3m.

In two seasons at Stamford Bridge, Di Santo made 16 Blues appearances – all as a sub. He did not score once for the London club.

Di Santo, who scored 13 goals in 92 league games for Wigan, has been rejuvenated since his move to Bremen in 2013.

The three-time Argentina international has netted 17 times in 49 Bundesliga games. 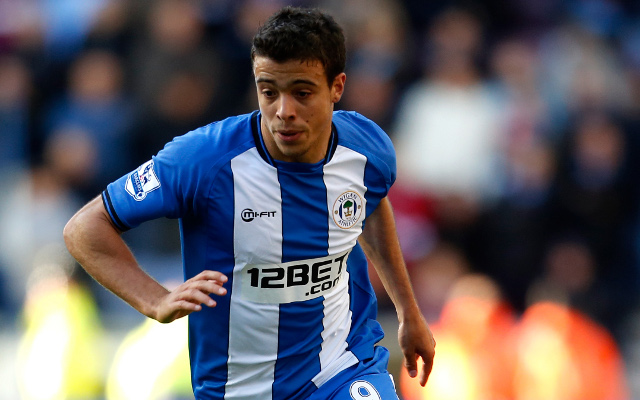