Mayweather, who was defending his title for the first time since serving a jail term for domestic violence, dominated a bloodied Guerrero for most of the fight at the MGM Grand Hotel and Casino.

All three judges scored the 12-round fight 117-111 in favour of Mayweather.

“I had a good tough battle with Robert Guerrero,” Mayweather said. “It was blood, sweat and tears tonight.” 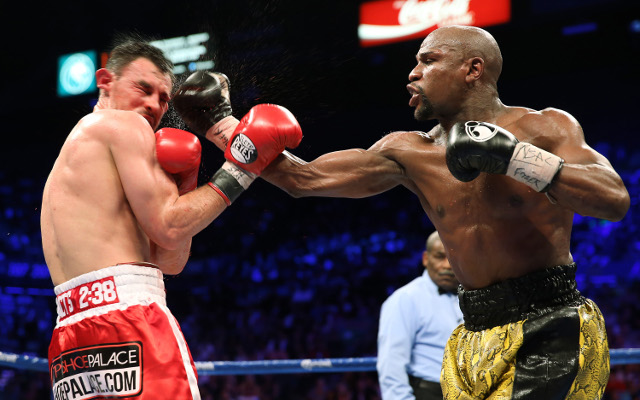 Mayweather spent close to three months in jail beginning in June after being convicted of domestic violence involving the mother of his three children.

Both fighters had their fathers working their corners Saturday.

Mayweather sacked his uncle and longtime cornerman Roger Mayweather in favour of bringing his father Floyd Sr back for this fight.

The two fathers grabbed most of the pre-fight attention by exchanging verbal jabs, with Ruben Guerrero calling Floyd Jr a “woman beater” in the build up to the bout. 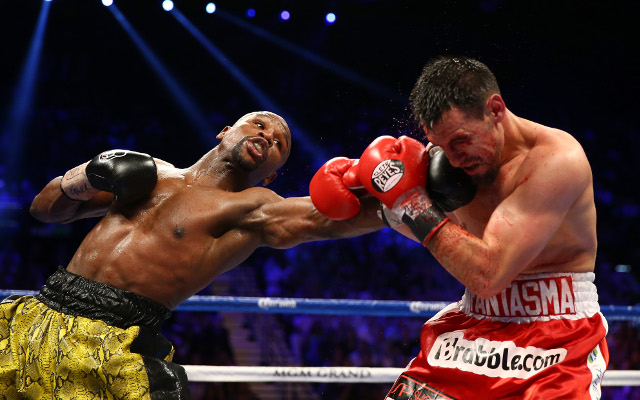 Mayweather had plenty of critics heading into Saturday’s fight who said factors working against him included increasing age, the change in trainers and the conviction and jail term.

“Everybody was saying because I am 36 that I don’t have it no more, that my defence wasn’t sharp, but I proved myself,” Mayweather said.

The fight started slowly, with Guerrero the aggressor and Mayweather feeling the challenger out.

Mayweather began to seize control in the third round and dictated the pace from there, using his superior foot and hand speed to keep Guerrero off balance.

Mayweather landed one of his hardest punches in the eighth round — a roundhouse right that wobbled Guerrero, whose face was starting to show the effects of being hit with a barrage of straight rights, stinging counterpunches and lunging jabs.

The champion also opened up a cut near Guerrero’s eye in the eighth.

The ring-savvy Mayweather cruised through the middle and later rounds, using his strong defence to slip punches on the ropes and in the centre of the ring.

Mayweather was so dominant in the later rounds that he stopped moving from side to side in the 11th, choosing to slug it out and landing punches at will against Guerrero, who never gave up but was hopelessly overmatched.

“He is a tough competitor. I take my hat off to him,” Mayweather said. 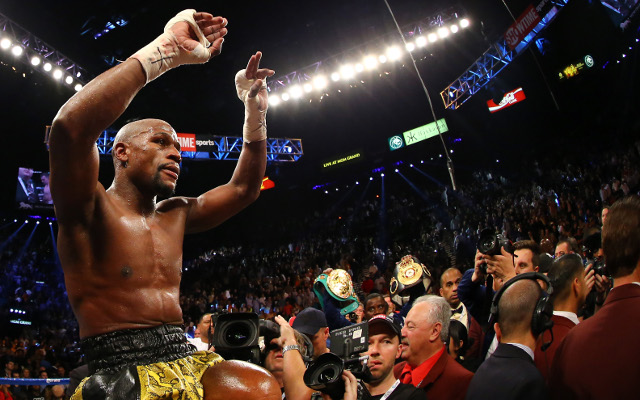 The only blemish on his performance was that Mayweather, who made $32 million for this fight, failed to get the knockout.

Mayweather blamed the inability to finish Guerrero off on an injury to his hand that he suffered in the middle rounds. “I was looking for the knockout but I hurt my right hand,” he said.

Mayweather is committed to fighting September 14 when he could possibly face Mexico’s Saul Alvarez.

Asked Saturday night if an Alvarez fight is in works, Mayweather said he needs time to relax before thinking about his next opponent.

“We don’t know who we are going to fight right now. Let me go home and rest up first and talk it over.”

The undercard featured a Mexican showdown on the “Cinco de Mayo” holiday weekend.

Mayweather vs Berto preview and prediction: How to watch and fight time