The players at the biggest international tournament that the new boss wants.

Having guided Netherlands to an opening 5-1 rout of Spain it looks as if it could be a good 2014 World Cup for new Manchester United manager Louis van Gaal.

The 62-year-old has a tough job on his hands to turn around a Red Devils team that endured their worst ever Premier League points tally in 2013/14 and failed to qualify for European football for the first time since 1981.

Van Gaal is expected to put his own mark on the squad at Old Trafford and the hierarchy will give the new boss plenty of funds to improve his team.

Here are five players starring at the World Cup this summer that the Dutch head coach will look to sign for United. 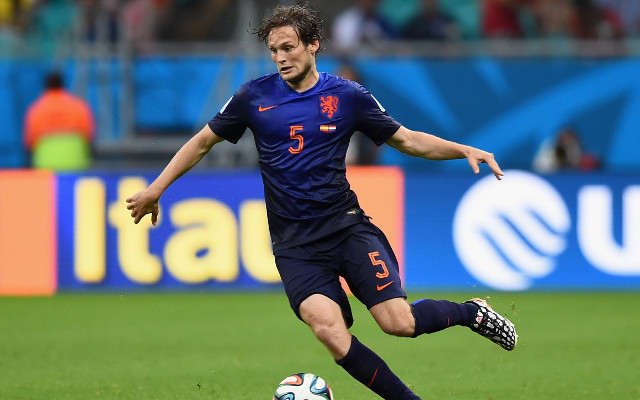 This versatile Dutchman showed just what he was capable of during his nation’s victory over the Spaniards, setting up Robin van Persie for the first with a fine ball.

Blind played at wing-back in that game, but can also operate at left-back and won the Eredivisie Player of the Season last term when playing in central midfield for Ajax.