The Philadelphia Eagles shocked the NFL world and probably angered many Eagles fans along the way when they decided to trade away Pro Bowl running back LeSean McCoy to the Buffalo Bills.

In exchange, the Eagles received inside linebacker Kiko Alonso, who finished second in the 2013 Defensive Rookie of the Year voting.

Alonso missed the 2014 season with a torn ACL though, but he carries a lot of promise although Eagles head coach Chip Kelly will have a lot of explaining to do as the 2015 season approaches.

This is not the first time the Eagles have let an offensive star go as they cut wide receiver DeSean Jackson in the 2014 offseason.

It remains to be seen if a running back can emerge in McCoy’s place as Jeremy Maclin did after Jackson departed.

The Bills have a franchise running back for the next few years, and the Eagles will have to search carefully for a replacement.

Although this trade appears lopsided on the surface, the Eagles have something up their sleeve. Here are five reasons why they won this blockbuster trade.

McCoy has been in the NFL for six seasons and is currently 26 years old. While his prime may continue for at least another couple of years, history suggests that he is set to decline soon since running backs take a beating on a regular basis unlike other football positions.

McCoy has received at least 300 carries in each of his last two seasons, so the wear-and-tear is bound to set in soon. The recently retired 29-year-old Maurice Jones-Drew serves as an example of this. Even great running backs like Barry Sanders have retired at a young age. 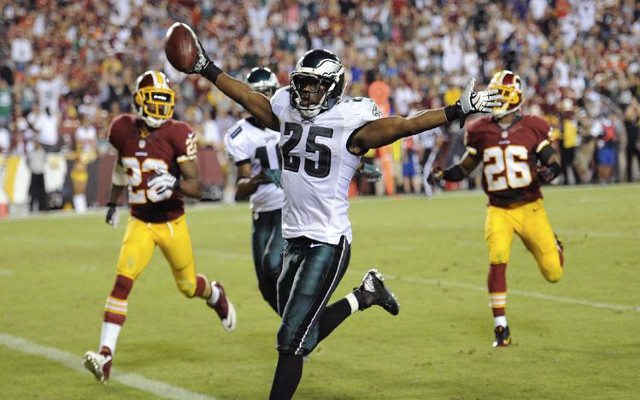