Five players who Arsenal should look to move on in the coming transfer windows to free up space on the wage bill for improved signings.

Arsenal’s squad is undoubtedly better than last season, with much of the deadwood cleared over the summer.

Still, the Gunners still have work to do to bring their squad up to requisite standard, with the fans hopeful of signings similar in quality to record transfer Mesut Ozil.

Here are five players who could leave Emirates Stadium in the coming transfer windows to free up space on the wage bill. 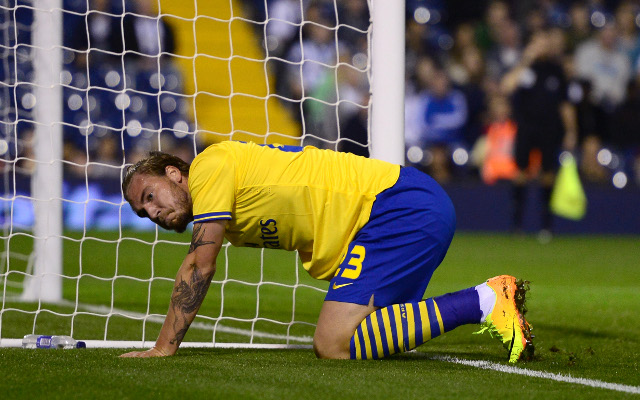 Denmark striker Nicklas Bendtner has made a surprise return to the Gunners first team as a backup option for Olivier Giroud, but when Lukas Podolski comes back from injury, he will again be surplus to requirements.

By all accounts, Bendtner has knuckled down tremendously since he found out he had a chance of being called upon by Arsene Wenger, but though he has once claimed he will become the best player in the world, now he looks rather short of the new Arsenal standard of exceptionality.

Bendtner would likely still be a useful addition to a Premier League team, but is not of the requisite quality to lead the line for a title challenging side – something that Arsenal now aspire to become.

The caveat in selling Bendtner is that an upgrade still needs to be bought, as all other Premier League contenders have better backup strikers than Arsenal.