Fiorentina have completed the signing of Anderlecht striker Oleksandr Iakovenko on a three-year contract, according to the Italian club’s official website.

The move will increase speculation that the club are paving the way for the departure of coveted forward Stevan Jovetic.

The Montenegrin has been linked with a move to Arsenal, with several media outlets claiming the Gunners are close to signing Jovetic in a deal worth around £25m. 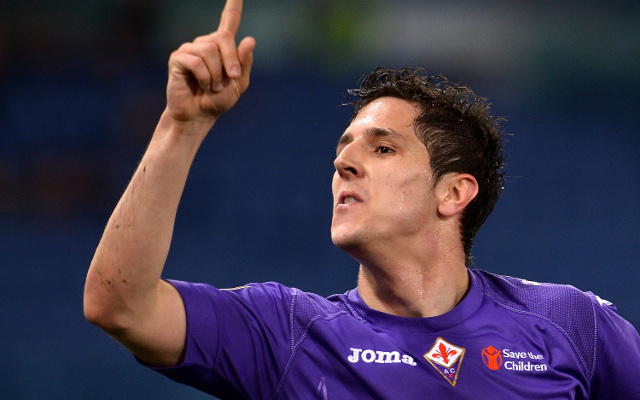 Serie A champions Juventus are also reportedly keen on 23-year-old but La Viola are thought to be unwilling to sell the 13-goal hit-man to a direct rival, leaving the Gunners favourites to land the Montenegrin international.

Juve have instead turned their attentions to Real Madrid’s Gonzalo Higuain, with officials from the Turin club thought to be in the Spanish capital to begin negotiating a deal.

Ukraine Iakovenko, 25, meanwhile, is Vincenzo Montella’s first signing of the summer, as the Italian looks to lift supporters spirits quickly following the final day heartbreak of missing out on a spot in the Champions League.