If there was ever a more pertinent player to ask an opinion of the ASADA drug scandal threatening to derail the NRL season, it’s Wendell Sailor.

The self-confessed former party boy of the NRL and the Australian Rugby Union has spoken out about the controversy that has sidetracked the start of the season and potentially threatened player’s careers and the future of clubs.

Sailor is the embodiment of how a game like rugby league in Australia is capable of giving people second chances.

While his career was hardly squeaky clean with the Brisbane Broncos, he hit rock-bottom in 2006, when playing with the NSW Waratahs, when he tested positive for cocaine and was ultimately suspended from football of all forms for two years.

Sailor had extensive dealings with Australian Anti-Doping Agency (ASADA) in the lead up to his enforced lay-off from the game and claims he was offered a deal in exchange for other player’s names.

“If you name names or give up teammates then they can cut your ban. It was the same with Lance Armstrong. No (I didn’t give up players) but I was going through a destructive stage of my life,” Sailor is quoted as saying in The Australian.

While this might entice some players to come out of the woodwork if they are young and have many years left in the game, it still has to break one of the most powerful institutions in any football club around the world – player silence.

Football clubs are the ultimate boys club, where indiscretions with alcohol, gambling and infidelity are often swept under the rug if it means a winning season.

Sailor says he did not give any names for a shorter sentence, but what about a less noble player, how many are involved with this scandal that prefer to save their own skin?

Which brings Sailor to his next point, that being ASADA and the various levels of government are “grandstanding” and need to end the saga before the fans, sponsors and clubs drown in a sea of uncertainty.

“I am disappointed in the way ASADA and government have done it,” he said.

“There has been a lot of grandstanding but not much action. If they have something, then name the players rather than throwing stuff out every week because mud sticks.

“I just think there was a better way to do it. They did it on the eve of the All Stars game and then the eve of round one.”

Given the now realised scale of this scandal there would have been no good time to drop this bombshell on the game.

However, Sailor does have a point that the original announcement by ASADA, the codes and the various levels of government was noticeably devoid of specific information.

While the investigators hand was partially forced by Essendon taking in-house action for its player’s problems, the entire NRL has been forced to play the first two rounds under a black cloud.

Cronulla, who has been caught in the early-season eye of the storm, must feel like are playing with a hangman’s nose above their heads for the past 160 minutes.

How much longer will it go on for?

Not just clubs but specific players need to be named and soon or the positive traction gained by the competition putting the “business as usual” sign up at all of their grounds will quickly go up in flames if and when, ASADA decides to air its dirty laundry,

It is only then the punishment for the guilty be handed out, the innocent players can be spared and the game can once again begin to heal itself. 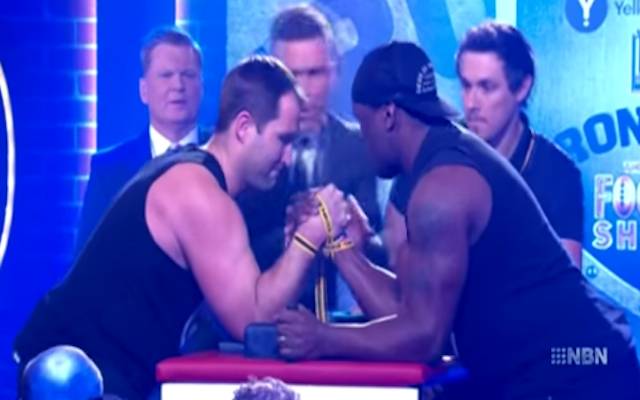 Essendon lawyers call for a halt to ASADA investigation