Chelsea have confirmed their third signing of the summer in the shape of Hajduk Split youngster Mario Pasalic. 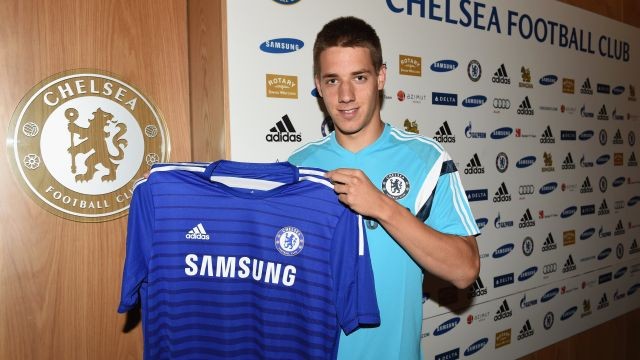 The 19-year-old agreed a deal with the Blues in January, but the transfer could not be completed until the end of the 2013/14 season.

It was reported by the Mirror earlier in the year that Pasalic has set the West London outfit back around £1.6m and is likely to be sent immediately out on-loan by the club.

“I am very happy because I am now a Chelsea player. I am very impressed by the training ground and I must thank everybody at Hajduk. This is now a new start in my career,” the teenager told the club’s website.

“I am a central midfielder, my favourite player is Frank Lampard, and so I am very happy to be a Chelsea player.”

Born in Germany, the attacking midfielder has represented Croatia at Under-21 level and was included in Robert Kovac’s 30-man provisional squad for the 2014 World Cup in Brazil.

The starlet made his debut for Hajduk during the 2012/13 season, but it was during his first full campaign in 2013/14 that he caught the Blues’ eye.

Pasalic scored 11 goals during 36 appearances for the Croatian club and looks to be the latest talented player from the nation.