Derbyshire have achieved a massive coup as they prepare for their first season back in the County Championship Division One with the signing of Shivnarine Chanderpaul.

The veteran batsman has signed a two-year deal with the county and is expected to bring some vital experience to the batting order.

Derbyshire captain Wayne Madsen believes that Chanderpaul can help the side adjust to life in the top tier, after spending time with Durham, Lancashire and Warwickshire.

“The stability of his batting and the runs that he scores are going to be massively important for us,” Madsen told Sky Sports.

“But it’s not just the runs, it’s the experience he brings for the younger guys who are just starting their careers.”

The 38-year-old West Indian will join up with the County Championship Division Two champions as they try to defy their critics and avoid relegation in their return to the top flight.

Chanderpaul has played 148 Tests so far in his illustrious career, racking up an average of 51.81 during nearly 20 years in the West Indies side.

It is the first time Derbyshire have been in Division One since 2000 and Madsen’s youthful side are going to have to adapt quickly to life at the top if they want to prolong their stay there.

Madsen and Chanderpaul will step out for the county for the first time in 2013 when they take on Warwickshire at Edgbaston on April 10. 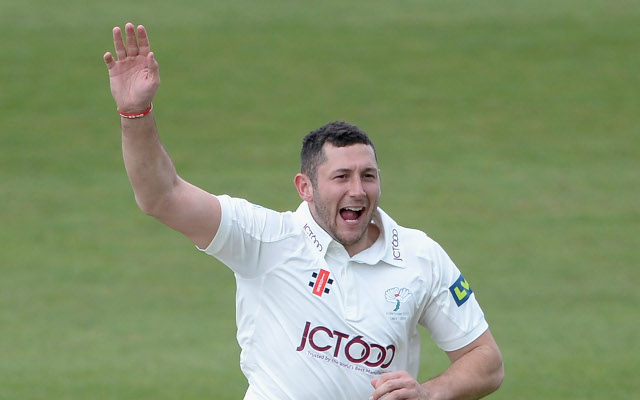