Aussie point guard could be the latest star to make it in the big time.

In what is arguably the deepest NBA draft class since the famous version in 2008, there is one player who is gathering interest while still seemingly flying under the radar.

Australian-born Dante Exum could be the highest drafted point guard in the upcoming event, with several mock drafts seeing him go as high as number four to the Utah Jazz.

However, the Los Angeles Lakers, who are in desperate need to replace the aging Steve Nash as part of their rebuilding process, are also said to be interested in Exum.

The 18-year-old is not a true point guard, but is long at 198cm and has the explosiveness in transition to make life difficult for most teams.

Most NBA teams will get their first decent look at Exum at the first combine in Chicago, with the biggest areas where he needs to shine are in his shooting, and decision making in relation to cutting down his turnovers.

If he can do both of those, he could land as high as the number three pick, with the Philadelphia Inquirer seeing the possibility of the 76ers back court featuring two guards close to two metres tall, with recently named rookie of the year Michael Carter-Williams, holding down the point guard spot currently.

“By all accounts, Exum is a long, explosive, athletic guard, reminiscent of Penny Hardaway, who can be a nightmare to contain in the open court. He is credited as being excellent in transition and at attacking the rim, and his length is something that coaches love at the point guard position,” the article said.

“The idea that Exum could fit on the Sixers doesn’t hinge on the preposterous proposition that the team should trade their freshly-minted Rookie of the Year, but rather that the duo would work together.”

The Lakers also loom as a real chance to land Exum, as they have the number six pick, which would be a more realistic place for the Aussie to land given the number of outstanding stars coming out o the US college system this year such as Andrew Wiggins and Jabari Parker.

With Pau Gasol set to become an unrestricted free agent, and clearly looking to land on a championship contender late in his career, the Lakers could look to rebuild with Exum running the point, a fit Kobe Bryant at two, and hopefully for Lakers’ fans, another star brought in on free agency with the money freed up by Gasol’ departure.

For more news from around the sporting world, click here for Back Page Lead. 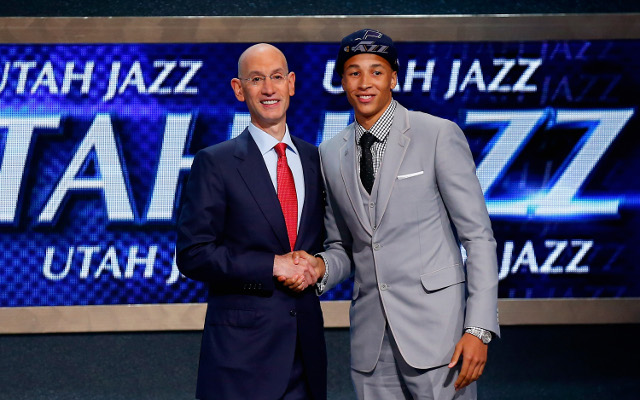