Precourt Sports Ventures, LLC has acquired the operating rights to the Crew

The Columbus Crew have announced their takeover by Precourt Sports Ventures from Hunt Sports Group, who have operated the Black & Gold since 1996.

The Columbus Crew have become part of the privately held investment and management firm’s sports and entertainment business enterprise with immediate effect.

The new chairman of the Crew, Anthony Precourt, said his company had long believed in the ascension of soccer in the American sports-entertainment world, and thanked the Hunt family for their many contributions towards the MLS and the development of soccer in Ohio.

He added: “We also appreciate the support we received from the League Office in bringing this together, most importantly we want to recognise the Crew’s supporters and players and let them know we aim to be successful, we plan to win, and we will be actively engaged members of the Columbus community.

“We look forward to earning your support every day, because without you none of this would be possible.”

Previous owner Clark Hunt said it was a bittersweet day for him and his family due to his love of the club. In a sentimental message, he said: “On behalf of my entire family, I want to thank the city of Columbus, the state of Ohio, the Crew players, coaches and staff, and most importantly, the Crew supporters for cultivating one of the most iconic clubs in MLS and allowing us to be a part of it.”

The Columbus Crew are one of 10 founding members of the MLS; they have won the MLS Supporter’s Shield three times and the MLS cup once.

After the handover, new Crew chairman Anthony Precourt was able to give an interview.

Mix Diskerud On The Verge Of MLS Switch 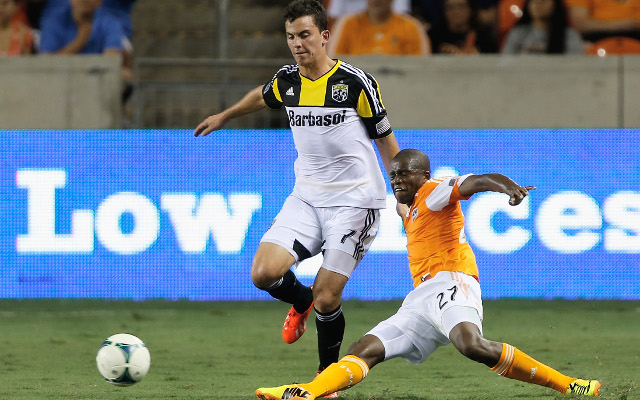