The Missouri Tigers will look to make a statement against the Toledo Rockets before they head into their SEC matchups.

No. 24 Missouri will play in their next game against Toledo, who is coming off a 54-20 win over New Hampshire. Quarterback Phillip Ely had an impressive performance with 337 yards and four touchdowns on 23-of-33 passing.

Running back Kareem Hunt also had an impressive performance with 136 yards and two touchdowns on 20 carries.

Missouri quarterback Maty Mauk also performed well in his first game as the Tigers’ full-time starter. He threw for 178 yards and three touchdowns on 13-of-21 passing, and running back Russell Hansbrough filled in nicely for the departed Henry Josey by rushing for 126 yards and a touchdown on 20 carries.

However, the Tigers looked vulnerable against South Dakota State as they held a 21-18 lead in the third quarter. They eventually pulled away to a 38-18 victory.

The Tigers will have an opportunity to get more practice against the Rockets before they begin their SEC matchups, but Toledo is sure to be an even tougher matchup.

If the Tigers cannot regroup on defense, they may be in trouble heading into conference play. Anything less than a victory against Toledo would be a surprise though. 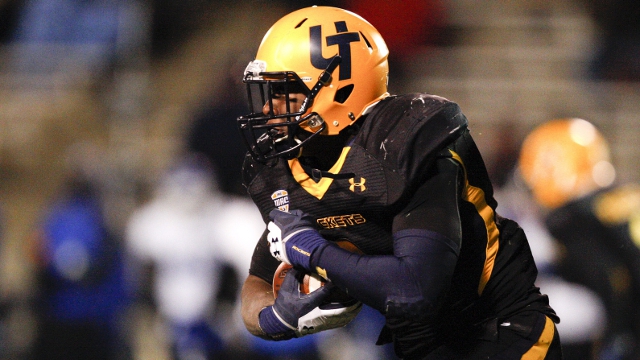