Los Angeles Lakers point guard Steve Blake predicted the side might actually be better in the wake of the departure of All-Star centre Dwight Howard.

The veteran guard said new recruit Chris Kaman, who was brought back to LA having been drafted by the Clippers where he played for eight seasons, has fit in well in Laker purple.

Los Angeles battled for a playing identity for much of last year as the clash of playing styles and personalities meant the glamour side found themselves in a unfamiliar position of limping into the playoffs.

Some of the blame was levelled at Howard for his resistance of playing a pick-and-roll game, preferring to get the ball low on the block and going to work.

Despite many NBA pundits still struggling to know what to make of the 2013-14 version of the side, Blake is adamant that Kaman will be a more than handy addition to the team.

“Chris Kaman is  great in the pick and roll. He can shoot the mid range shot; he understands the game and where to be,” Blake said.

“He has a willingness to be okay with running into the pick and roll every single time. He can roll; he can pop, it gives us a little bit more of a dynamic option than just Dwight rolling to the rim every single time.” 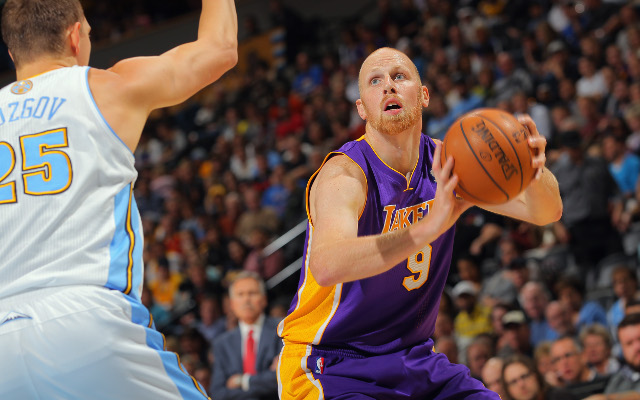