Chelsea have signed former AC Milan goalkeeper Marco Amelia on a free transfer until the end of the season.

The 2015 Premier League champions confirmed the news on their official club website on Thursday evening.

Amelia, 33, joins the Blues as cover for Asmir Begovic, who is the current incumbent of Chelsea’s goalkeeper jersey due to an injury picked up by Thibaut Courtois last month.

Chelsea have revealed that Amelia has been given 32 as his squad number. Previous Chelsea no.32s include Jeremie Boga, Steven Watt, Mikel Forssell, Steve Hampshire and Muzzy Izzet.

The report on Chelsea’s website claims that Amelia will be available to make his first Blues appearance when Aston Villa come to SW6 on October 17.

Chelsea have won their last three homes against Villa by an aggregate score of 13-1, so history suggests Amelia should be in for a comfortable debut, should he get the nod over Begovic.

He has made nine senior appearances for Italy, although he has not featured for the Azzurri since 2009.

While Amelia may not get that much game time at Stamford Bridge, he certainly possesses a capable pair of hands – as the video montage below demonstrates. 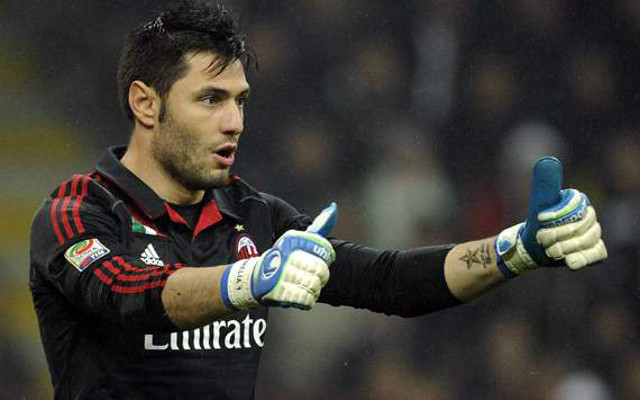