Well he already wears a kit with the same sponsor so Marco Amelia appears ready to go. Will he make a good replacement for Szczesny?

After shipping off Wojciech Szczesny earlier this month, Arsenal needed another goalkeeper to back up Petr Cech – and the Gunners appear to have found their man: Marco Amelia.

According to the Metro, Arsenal are closing in on a deal with the semi-retired 33-year-old Italian international. Amelia himself indicated that a move to Arsenal isn’t out of the question when asked about a possible move.

“Arsenal? I signed a confidentiality agreement, so I cannot say anything,” Amelia said. “I’m still young for a goalie, I’m 33 years old and who knows in the future.”

Several weeks ago Arsenal made arguably the biggest difference-making signing of the summer by bringing former Chelsea stopper Petr Cech to Emirates Stadium – a move that quickly spelled the end for the up and down tenures of Wojciech Szczesny and David Ospina, both of whom are set for loan spells far away from London.

Amelia may be a bit long in the tooth but he has a stellar resume to show for it. The Italian international won two Serie A titles with Roma (’01) and AC Milan (’11), along with a Bronze medal in the 2004 Summer Olympics and a 2006 FIFA World Cup Final win over France. 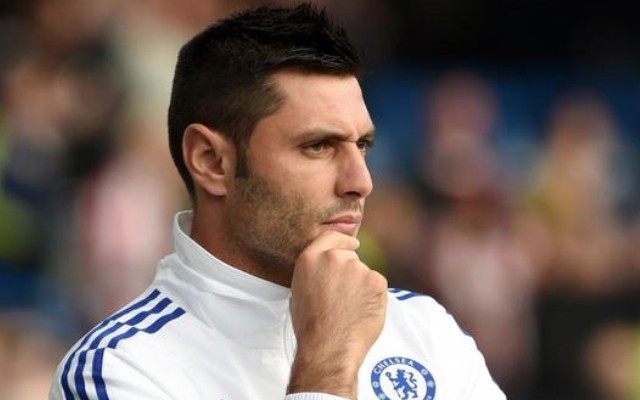