Chelsea are preparing to make a shock move for Norwich City goalkeeper John Ruddy if Petr Cech decides to move on from Stamford Bridge in the summer, according to reports.

Besiktas is the latest club to be linked with the Cech, and the 32-year-old’s agent told Fanatik both he and his client had begun negotiations with the Super Lig outfit.

“I have been in contact with Besiktas, we are in talks,” Kolar is quoted as saying by PA Sport.

“Turkey is a choice for Cech, but we will decide when the league is over.”

According to Daily Star, Chelsea are making plans for Cech’s departure and could make a play for Ruddy.

The 28-year-old was chased by Chelsea in 2013, but Norwich turned down a £5m offer from the Premier League giants.

Ruddy has two years remaining on his deal with the Canaries, and his future could be decided by his side’s Championship play-off result.

Norwich drew 1-1 with Ipswich Town in the semi-final first leg on Saturday and are in good shape to progress to a showdown at Wembley.

Cech has spent 10 seasons at the London club and is being chased by the likes of Arsenal, Real Madrid and Paris Saint-Germain after he made it known he was not happy with his current status at Chelsea.

He has made just five Premier League starts this season after being demoted to second choice behind Belgian star Thibaut Courtois. 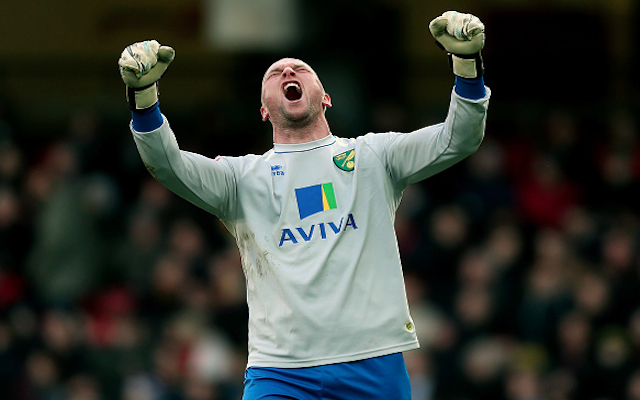