Zouma is flattered that the Blues have shown interest.

St Etienne defender Kurt Zouma is delighted that his name has been linked with Chelsea and returning manager at Stamford Bridge Jose Mourinho.

The 18-year-old has been attracting the attention of the Blues following two impressive seasons in Ligue 1, although the west London outfit will face competition from Borussia Dortmund, AC Milan and Bayern Munich if they want to sign the youngster.

However, with Zouma declaring he is flattered to be associated with Mourinho, it looks as if the Portuguese boss would be the front-runner to secure the Frenchman’s signature.

“If you hear of interest from Chelsea and a great manager such as Jose Mourinho, you take notice,” the centre-back was quoted on Sky Sports.

“It makes you happy, and it means you are on the right way to the top.

“I am relaxed about all the fuss about me being linked with big clubs, at the moment my focus is on the Under-20 World Cup.”

Zouma is currently playing for France at the competition in Turkey, with the side having won their first match against Ghana 3-1.

The teenager made his debut for St Etienne aged just 16 having progressed through the club’s youth ranks and in the last two seasons in the first team has played 45 times.

The defender signed a professional contract with the French side in 2011 until 2017, so Chelsea would have to meet the expected £8.5m fee it would take to convince Les Verts to part with their prized asset. 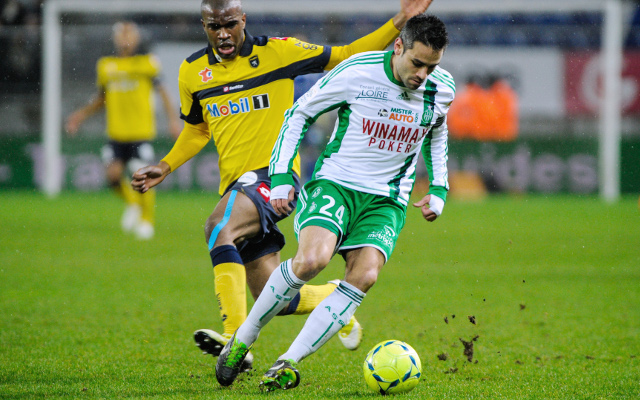