How the Blues are likely to lineup in the biggest game of their season to date.

It’s the second-leg of the Champions League semi-final between Chelsea and Atletico Madrid with things finely poised at 0-0 from the first-leg.

With home advantage Jose Mourinho’s side will be slight favourites, but they will need to be at their absolute best against the team currently topping La Liga.

After beating Liverpool 2-0 in the Premier League on Sunday the Blues will be brimming with confidence, although Mourinho has some tough decisions to make in the selection process.

Here’s what we expect the west Londoners’ starting XI to look like.

Despite the fact usual No.1 Petr Cech has declared himself fit after injuring himself at the Vicente Calderon Stadium a week ago, we expect the Czech Republic international not to be risked – especially after Schwarzer played well at the weekend.

Started at centre-back against the Reds on Sunday, but should revert back to his usual spot at right-back with Mourinho having his favoured back four all fit.

Whether the Spaniard plays on the right or the left he is always reliable and we expect Ashley Cole to be dropped from the team once again.

Has arguably been the best centre-back in England this season and now looks utterly at ease on the biggest European stage. 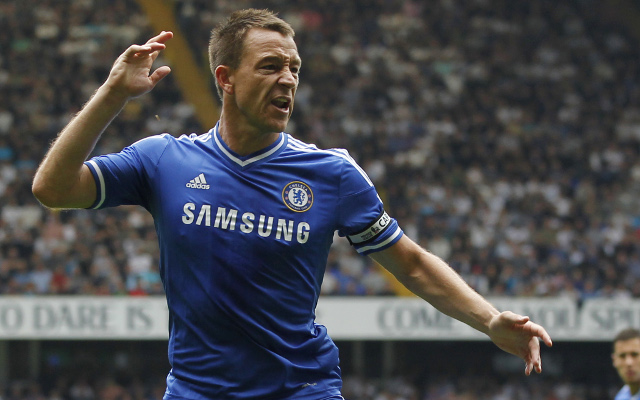 Great news for the English side is that their influential captain is back in training and is set to start what is their biggest game of the campaign to date.