Chelsea’s poor form continued on Tuesday night as they were beat 2-1 by Porto in Group G of the Champions League.

Andre Andre scored a deserved opener when he slotted home a rebound in the 39th minute, before Willian equalized with a stunning free-kick on the stroke of half-time.

Maicon was the eventual hero for Porto, as he turned home the winner from a Ruben Neves cross in the 52nd minute.

Chelsea had a penalty appeal turned down in the 91st minute, with replays suggesting that Diego Costa was correct to appeal so vociferously.

Costa then had a second chance to claim a point with the final kick of the game, but sent his effort into the stands.

The result means that Chelsea have won just four of their last 12 games in all competitions, and the pressure is starting to mount on manager Jose Mourinho.

The former Porto boss told BBC Sport that he blamed Chelsea’s defending for the loss, saying: “We watch dozens and dozens of repetitions of Porto taking corners. We were completely ready for that and in a moment when the game is under control we concede a goal that is ridiculous”.

The result leave Chelsea third in Group G with three points, one point behind Porto and Dynamo Kiev ahead of their trip to Ukraine in a fortnight’s time.

Read on to see how Chelsea’s men fared individually…

Couldn’t do much about Porto’s opener and made a few good saves. 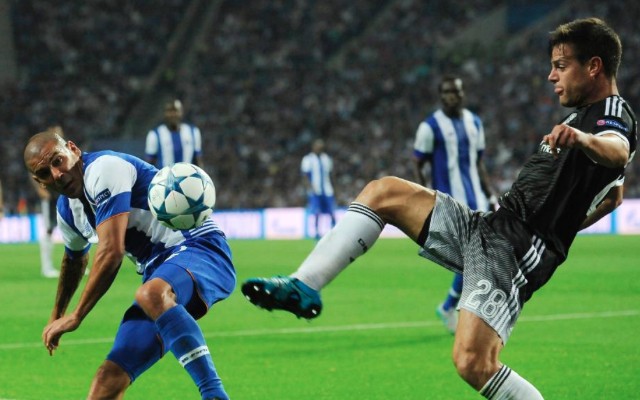 Carried a regular attacking threat, but not solid enough at the back.

Troubled too easily, undoing the good work from the men further up the pitch.