The German international has been told he can leave the Allianz Arena this summer, after losing his starting berth to Mario Mandzukic during the Bavarians’ treble-winning season. 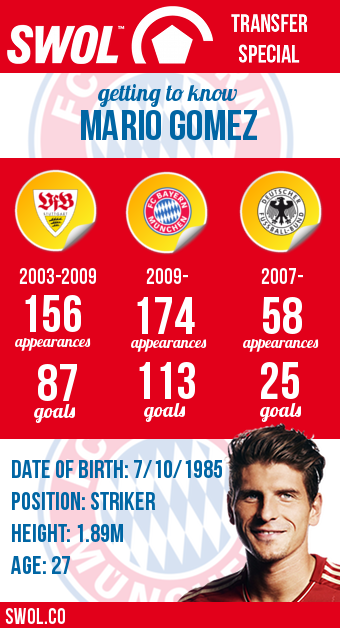 Gomez made just 11 starts in the league and Europe last season but still netted 13 goals.

Serie A outfit Fiorentina have held discussions with both the 27-year-old and Bayern Munich but Gomez’s wage demands may prove problematic for the Viola.

The former Stuttgart striker is one the Bundesliga’s best paid players and is looking to sustain a salary of £5.1m after tax, with the Bavarians also demanding a significant fee.

Paying big wages should not prove a problem for Chelsea it is understood Gomez is not Jose Mourinho’s top choice for the central striker role, with the Portuguese more interested in Aston Villa youngster Christian Benteke.