Running back DeMarco Murray became the most coveted free agent on the market as soon as defensive tackle Ndamukong Suh signed with the Miami Dolphins, but he appears to have found a new home with the Philadelphia Eagles.

Murray experienced his best season in 2014 with the Dallas Cowboys, which was his contract year. He rushed for 1,845 yards and 13 touchdowns.

The Cowboys were pressed with a decision of whether to prioritize him or wide receiver Dez Bryant in free agency, and they ultimately chose Bryant.

Despite their best efforts to re-sign Murray, the running back met with the Eagles and is on the verge of signing a five-year, $42 million contract.

Eagles head coach Chip Kelly has come under fire for his decision to trade running back LeSean McCoy among other questionable moves, but it appears he’s had something up his sleeve all along.

DeMarco Murray’s deal with Eagles is expected to be 5 years, $42 million, including $21 million guaranteed, per @mortreport and I. 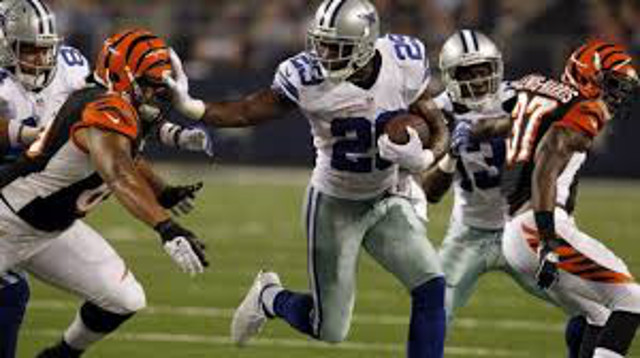