The New England Patriots put together one of the most impressive comebacks in Super Bowl history as they rallied from a 24-14 deficit in the fourth quarter to win, 28-24.

Wide receiver Julian Edelman rose to the occasion despite having to take on a vaunted Seattle Seahawks secondary, and he finished with nine receptions for 109 yards and a touchdown, which proved to be the game winner.

The Patriots endured a large amount of criticism as they prepared for the Super Bowl due to the Deflate-Gate controversy, which arose after the AFC Championship. Edelman didn’t hold back while firing back at the critics, saying that they can “kiss the trophy.”

Brady has tied Montana and former Pittsburgh Steelers quarterback Terry Bradshaw for most Super Bowl victories by a quarterback with four. 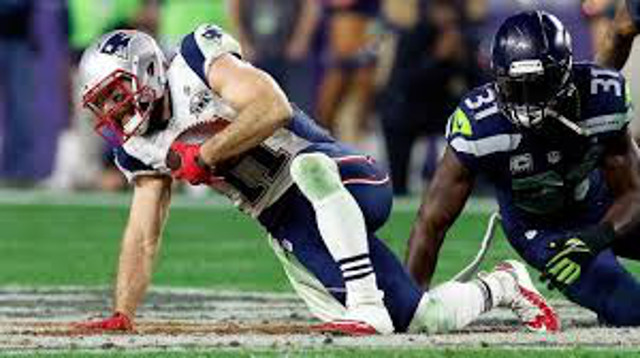