Luis Enrique is on the cusp of an incredible debut season with Barcelona if his indomitable side can hold onto a 3-0 lead over Pep Guardiola’s Bayern Munich in their Champions League semi-final second leg in Bavaria.

It’s an incredible turnaround at the Nou Camp after a quite disastrous first few months for  Enrique where, after resignations and scandal at the top of the club, it looked as if he was on the brink of being sacked after potentially losing the confidence of his expensively assembled squad.

However, beat Bayern on Tuesday night and Barcelona could on the brink of something remarkable with a four point lead in La Liga with just two games left, Athletic Bilbao to beat in the Copa del Rey final and a potential Champions League final against Juventus or Real Madrid.

Here’s a number of other incredible managerial debuts at other European sides: 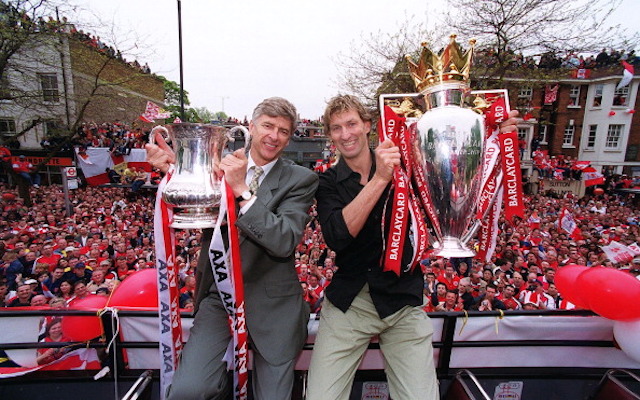 Granted, this wasn’t technically Wenger’s first season at Arsenal as he joined in 1996, but it was one where the Frenchman lifted the FA Cup whilst Tony Adams lifted the Premier League in tandem.

Ryan Giggs said it was the toughest side he ever faced, and Wenger’s revolutionary methods and incisive addition to the Arsenal squad and the key reason so many of the players actually managed to reach and succeed their potential that had gone so many seasons wasted.