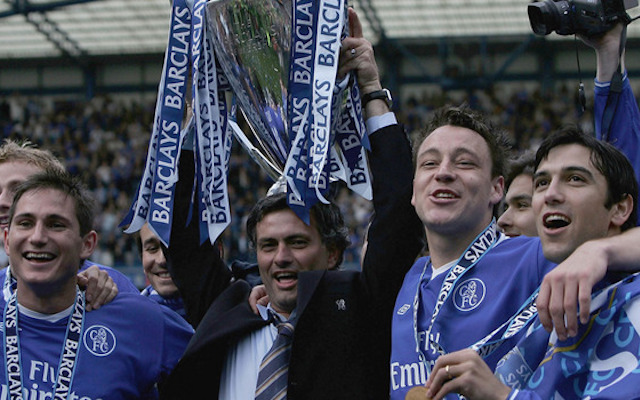 Jose Mourinho came to Chelsea as the hottest managerial prospect in Europe after an unexpected Champions League win with Porto and he didn’t disappoint.

The Portuguese ended a 50-year wait for a title at Stamford Bridge, dethroning Arsene Wenger’s Invincibles.

A 12-point title win margin, achieved by building an almost rock-solid defence that conceded only 15 goals and kept a staggering 25 clean sheets, saw Chelsea achieve a then incredible and record 95 points in the Premier League.

He also managed to complete a double of sorts with a League Cup.