Midfield maestro refuses to rule out a return to the Emirates Stadium.

Barcelona midfielder Cesc Fabregas is remaining tight-lipped on a possible return to Arsenal but has cryptically refused to confirm if he will remain at the Nou Camp.

Speculation has been mounting that the 25-year-old could be set for an emotional return to north London this summer, after a frustrating season in Catalonia.

Although Barca have cantered towards the title in La Liga, Fabregas was unable to prevent Tito Vilanova’s side crashing out of the Champions League after a 7-0 aggregate loss to Bayern Munich in the semi-final.

The Spain international playmaker has struggle to impose himself under Tito Vilanova, completing 90 minutes on just 14 occasions from 34 starts.

And Fabregas, who completed a long-drawn-out £35m move back to Barcelona from the Gunners in 2011, has been linked with a dramatic return to the Emirates Stadium, where he spent eight years.

“I do not know what is being said and even what is written,” Fabregas is quoted as saying by the Sport Review.

“I can only say that I alone know my own future.” 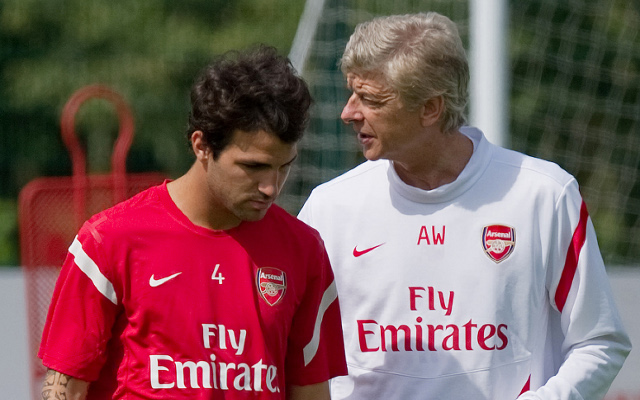