No Pro Bowl? No problem for Ravens QB Joe Flacco.

Baltimore Ravens QB Joe Flacco has declined an invitation to the Pro Bowl to be with his wife, who is expecting the birth of their 3rd child this month.

The Baltimore Ravens official team website posted the report that despite it being Flacco’s first ever Pro Bowl invitation in his impressive seven-year NFL career, the QB would not accept the invitation to the NFL’s annual all-star game.

Following the numerous withdrawals from the Pro Bowl rosters by star NFL QBs, it was reported earlier that Bengals QB Andy Dalton, who didn’t even finish in the top ten of any major passing category, would replace Packers QB Aaron Rodgers in the Pro Bowl. In addition to Rodgers, QBs Peyton Manning, Ben Roethlisberger, Russell Wilson and Tom Brady have all been forced to decline due to either injuries or appearances in the Superbowl.

In 2014, Flacco set numerous career highs with 344 pass completions on 554 attempts for 3,986 passing yards, 27 TDs and only 12 INTs. Flacco led the Ravens to a 10-6 record and their 6th playoff appearance in his seven years as the team’s starter. But for all of Flacco’s accolades – which include a Superbowl MVP title and being the only QB in NFL history to win a playoff game in each of his first five appearances – the Pro Bowl has eluded him. 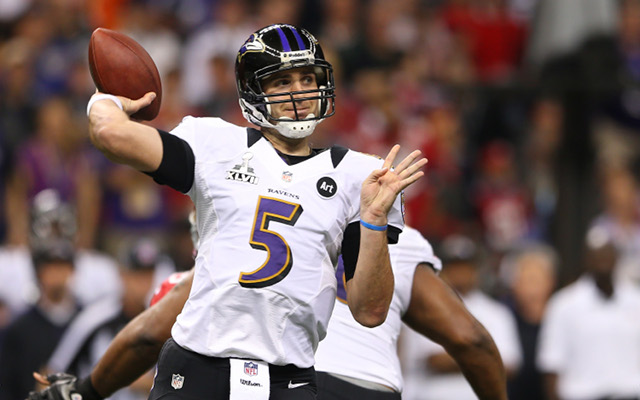