Former star afraid for the future of the sport in the wake of Townsville handing back their licence.

Andrew Gaze believes the National Basketball League needs to expand to ensure smaller market teams do not disappear into the sporting wilderness.

Gaze’s comments come after the Townsville Crocodiles attempted to hand back their licence this week, claiming they have lost $2.5 million over the past six years.

The former Boomers guard said if the NBL takes on a promotion-relegation model and include teams from competitions such as the SEABL, it could help teams like Townsville.

Gaze, who played a record 612 games in the NBL, said the fact the competition only has eight teams means there is no margin for error when it comes to club finances.

“There needs to be a plan put together, a strategy, on how we move forward,” Gaze said.

“I personally think it would be difficult to maintain the current situation if you only had seven teams.

“We have a very strong and I believe a successful competition at the next level down, at that association-based level where it’s somewhat semi-professional,” Gaze said.

Under the proposed system, Gaze said weaker teams such as Townsville be able to drop down and play against teams more of their equal, ensuring they are not squeezed out of the sport and compromising the stability of the entire competition.

“I believe that’s a good system to have whereby you have competitive forces and a competition situation where teams can aspire to play at the highest level and there is a pathway for them to do it,” he said.

Basketball Australia did not accept the Townsville licence saying they did not do so with nine months notice and they have not proven their insolvency.

The saga must come to a head before the end of May when the schedule for the 2013-2014 season must be completed for broadcasting purposes. 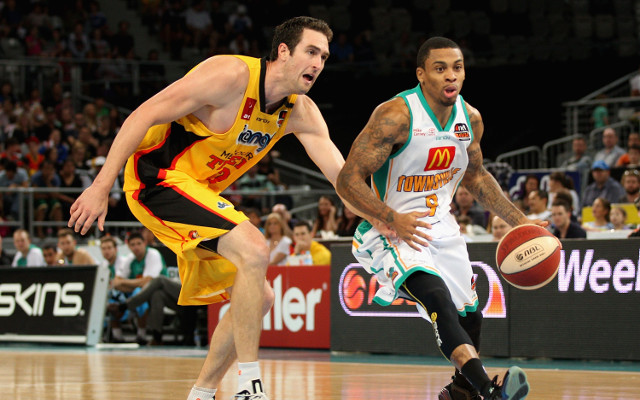 NBL could implode as Townsville Crocodiles hand back their licence