Arsenal boss Arsene Wenger showed off his funky side at the weekend, ditching his professor look for some out-there summer gear.

The Gunners chief is currently on holiday in Morocco, where he managed a team in a charity match over the weekend.

Wenger looked like he was having a good time in his part-time role.

The 65-year-old was not just in Morocco for the football.

He also took a trip to the Marrakech du Rire comedy festival, where he was spotted in this delicious t-shirt.

It is covered with the faces of French and Moroccan comedians, including the likes of Florence Foresti, Jamel Debbouze and Gad Elmaleh. 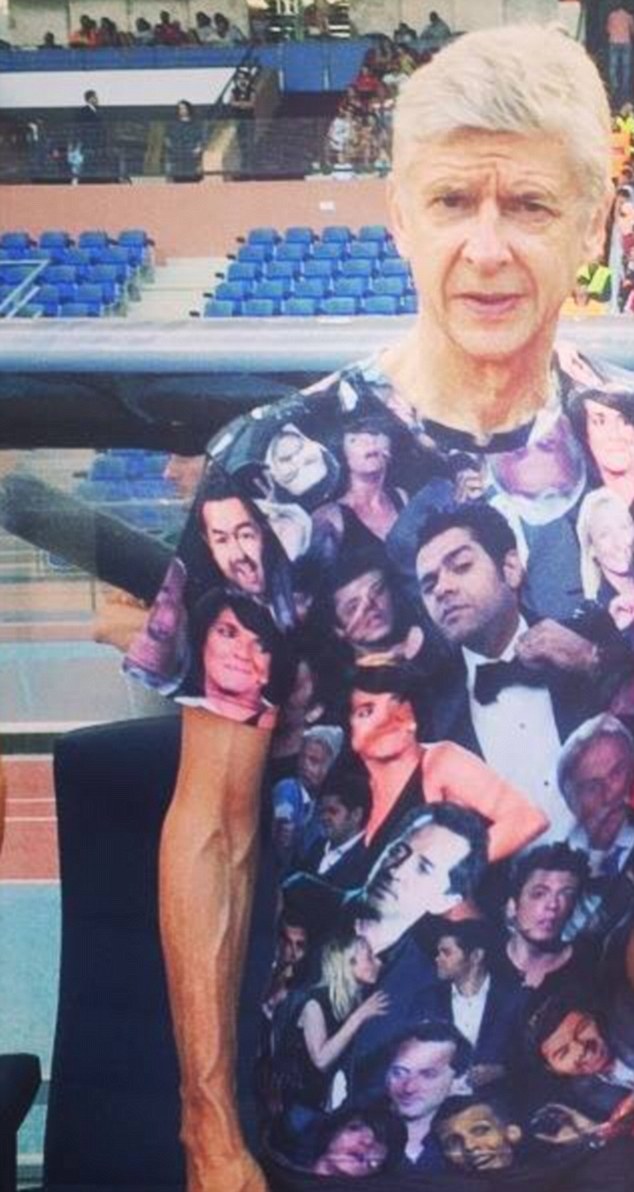