Arsenal travel to Newcastle United on Saturday lunchtime, aiming to continue their seven-game winning streak against the Magpies.

However, it may not be plain sailing for the Gunners, who have several injury issues ahead of the match.

With those fitness concerns in mind, we predict what Arsene Wenger’s starting XI will be on Tyneside.

Despite his horror league debut for Arsenal against West Ham, Cech is the first name on Wenger’s teamsheet.

He has bounced back from his Hammers horror show by producing fine displays against Crystal Palace and Liverpool.

Debuchy will likely have to warm the bench against his old team.

The Spaniard has been linked with a transfer away from Arsenal repeatedly this summer, but Wenger has no intention to sell.

Monreal is one of Arsenal’s most underrated players and he will continue to start in place of Kieran Gibbs on Saturday.

Laurent Koscielny and Per Mertesacker are both serious fitness doubts, so Chambers and Gabriel should continue at centre-back after keeping a clean sheet against Liverpool on Monday.

Gabriel impressed against the Reds, but Chambers did not look fully comfortable.

On Friday, Wenger said: “Mertesacker is still sick and we will know more about Koscielny today. He might have a test on his back today and I will certainly know more tomorrow morning. The less likely to be fit is Mertesacker.

He added: “I would like them to be available but that’s part of the season, you can’t complain about that.”. 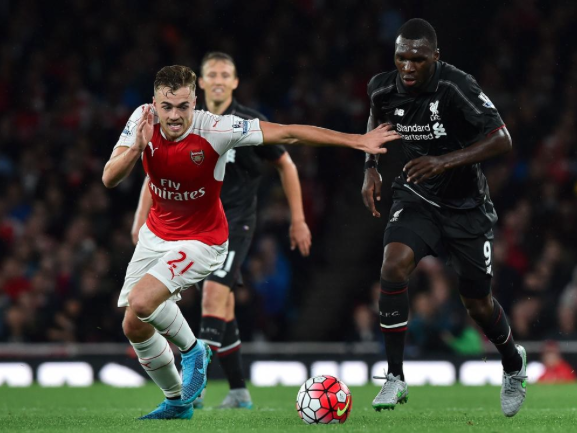