No places for Bastian Schweinsteiger or Mario Gotze…

Probably the easiest selection of the lot. The German goalkeeper was recently voted into the FIFPro World XI, and is rated by many as the best stopper in the business.

The Brazilian has been a fixture in Bayern’s team at right-back in 2014, as Philipp Lahm has been deployed as a holding midfielder instead. His technically ability is naturally strong, and he can overlap the more advanced attacking players in the final third.

The second of two Brazilians in our predicted lineup, Dante is incredibly solid in the air, but also has a sweet left foot from which he can spray impressive passes with. He’s made two assists in the Champions League this term already as a result.

The former Manchester City defender is, like Dante, extremely composed in possession, and will start at the back barring a late injury. If he picks one up, Daniel van Buyten will likely start in his place.

Arguably the best left-back in the world right now, Alaba provides constant energy and drive up the left flank. He also links up with the midfielders brilliantly, and has the technical ability to play in central midfield if needed. 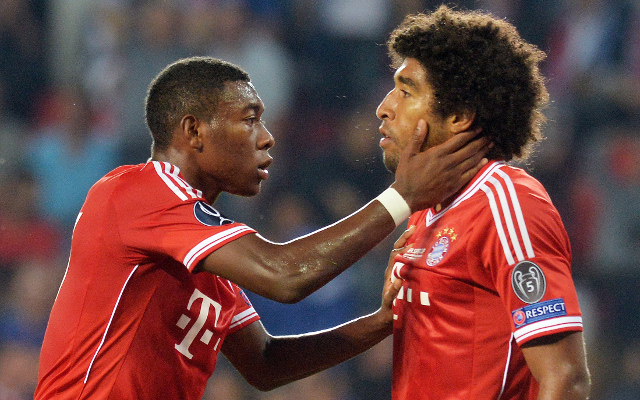