Arsenal, Chelsea, Liverpool and Spurs have all been offered the chance to sign Barca ace Pedro for just £7m, the Daily Express reports.

The midfielder has fallen down the pecking order at the Nou Camp and is reportedly keen on sealing a move away over the summer.

Fans of Sparta Prague have planned a whip round in an attempt to entice former star Tomas Rosicky back to the club where he started his career, according to the Daily Mirror.

The veteran midfielder will be moved on at the end of the season after nine years at the club. 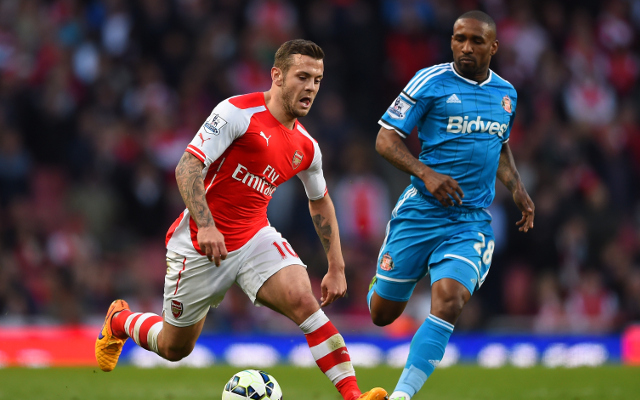 Jack Wilshere has urged his Arsenal team-mates to book their automatic place in the Champions League, the Daily Star reports.

Lyon midfield star Nabil Fekir has urged prolific teammate Alexandre Lacazette to spurn the apparent interest from Arsenal to stay with the French giants next season, the Daily Star reports.

The striker has bagged 30 goals in 41 appearances this term, and as such has garnered some serious interest from across Europe.

Arsenal have reportedly agreed a deal to sign Lens pair Yassin Fortune and Jeff Reine-Adelaide, according to reports in France.

The pair are said to be highly rated by the club’s academy, and the Daily Express claims that Wenger has spent £3m to land the duo.